Renowned triathlon coach Matthias Knossalla is now a BINDER partner. As a former professional athlete, Knossalla is held in high esteem in the sports world and will make the turbine-powered counter-current systems even better known there.

Matthias Knossalla is the founder and managing director of trivolution-training. With his 11-member team, he coaches over 150 athletes worldwide. From professional athletes to first-time long-distance swimmers.

Knossalla is currently setting up a base for athletes to supervise their training there as well. His base will of course also have a pool featuring the BINDER counter-current system: “It’s perfect for aerobic training,” says the qualified sports scientist. But that’s not all: “The wide, powerful current is also ideal for targeted training in swimming techniques,” adds Knossalla. The former top athlete is enthusiastic about the unique swimming sensation that the BINDER units offer. “When you switch on the twin turbines, it’s like being in a natural body of water.” In other words, the optimum conditions for triathlon swimming training.

Numerous top sporting achievements
During his active career, Matthias Knossalla enjoyed many sporting successes. Among other things, he was German runner-up in the duathlon, came second three times in the Ironman 70.3® and achieved a best performance over 180 km cycling in the triathlon. For some time now, he has been working as a coach and has already become German champion with his athletes (Triathlon Long Distance Women 2017).

New book “The Kona Code”
But he is also known in the scene as a keynote speaker and author. Only recently he published his book “The Kona Code”. Here, Knossalla recommends periodised training, for example: eight months, starting with a period of acclimatisation to protect against dangerous overconfidence. In the book, successful coach Sebastian Weber also examines the Ironman Hawaii qualification from a physiological perspective.
Dr. Mareike Großhauser and Dr. Georg Abel then take a detailed look at proper nutrition and two top athletes clarify mental issues. Details on training camps and age groups round off the book.

As a former top athlete, Knossalla promotes the turbine-powered counter-current systems in his training programmes, on his website and in social media channels, among other things. 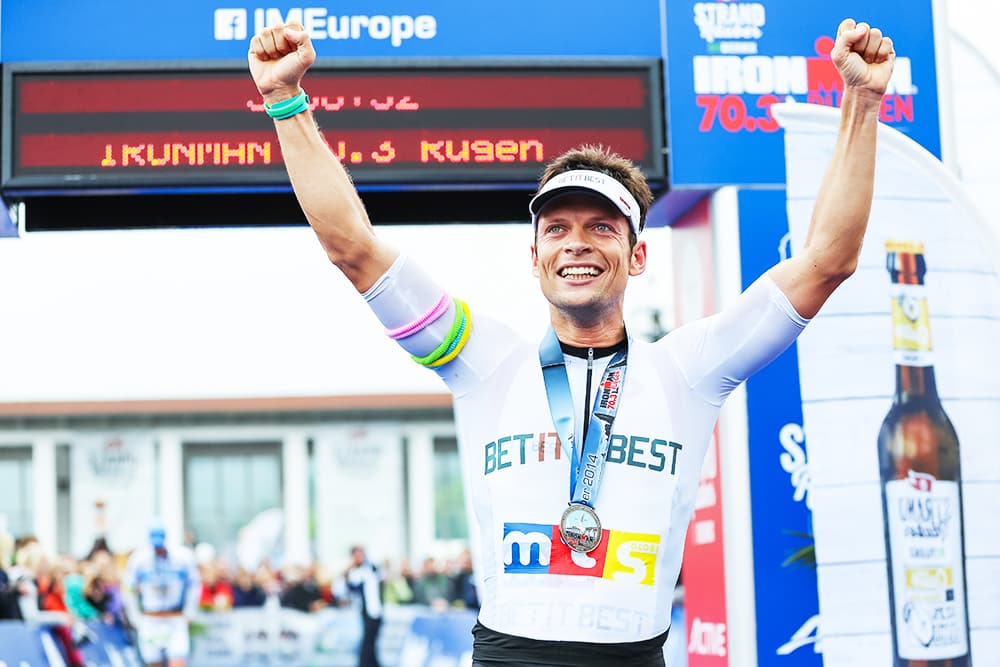