HydroStar is “Brand of the Century”

A great honour for BINDER: the ZEIT publishing group has named the HydroStar turbine swimming system “Brand of the Century”. In doing so, the jury honoured the the counter-current system’s pioneering technology.

Only products that have set entirely new standards in their field can call themselves “Brand of the Century”. The HydroStar counter-current system received the award because it offers pool owners a unique swimming experience. Unlike conventional systems, HydroStar works with turbines instead of pumps and therefore generates a wide, powerful current. Swimmers can focus entirely on their technique without flipping or losing balance. Training with HydroStar also feels like swimming in a natural river – another unique feature.

The jury of the “Deutsche Standards” brand award voted for HydroStar in an elaborate selection process. “Brands of the Century” are very exclusive, as only one product is honoured in each category.

BINDER has already received several awards for its turbine-driven counter-current systems: the company received the prestigious German Brand Award for HydroStar, among others, and the EasyStar retrofit unit impressed the jury of the German Design Award with its timelessly elegant housing. 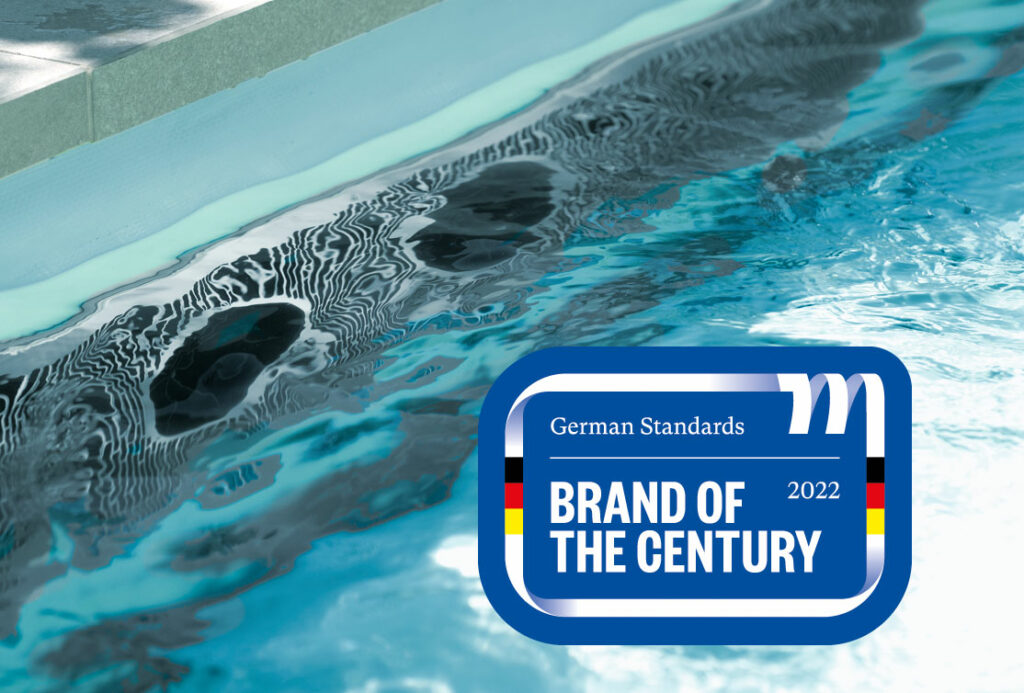