The two sportswomen Carolin Meyer and Sabine Lischka are thrilled by their experiences with our HydroStar turbine driven counter-flow system.

Do you have questions about our products?
Get in touch with us 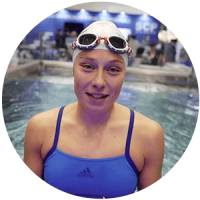 For Carolin Meyer, HydroStar is the ideal training partner, as the counter-current system perfectly simulates the conditions of a triathlon:

“HydroStar allows me to train under completely realistic conditions, as a triathlete never experiences calm waters.”

“It realistically mimics the laminar flow produced by the foot movements of the swimmer in front of me during a competition.”

She had a pool built in her garden this summer with a HydroStar BGA 550. The triathlete mentions another advantage of the turbine swimming system: “I can even train when I am not feeling one hundred per cent. I had knee problems this spring, making it painful to push off from the edge of the pool while turning. The turbine swimming system means I no longer have to do this.” 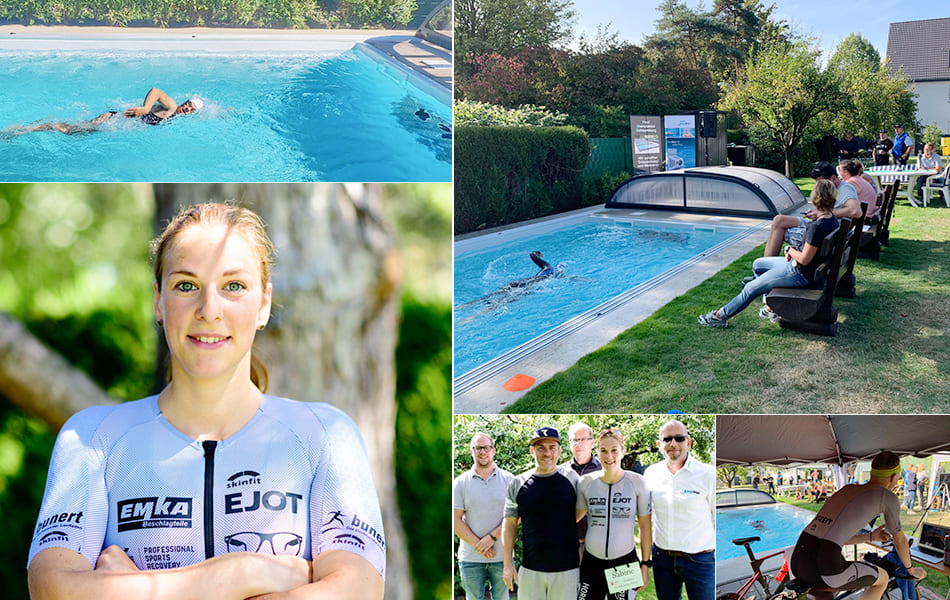 Much better than training with rubber t-bands

Sabine Lischka is happy that she can now swim against the HydroStar.

When the swimming pools are closed, many of her triathlon colleagues train at home in small pools using rubber TheraBands. “They tie the bands around their ankles and swim against the resistance of the band,” Lischka explains. “But the disadvantage of this is that you keep being pulled back by the elastic band. The counter-current systems by BINDER don’t have this effect.” Instead, you swim on the spot against the resistance of the current without the need for a bothersome band around your ankles.

In September, the triathlete used our turbine swimming system to raise money for a good cause. Sabine Lischka organised a charity triathlon in her garden together with triathlete Janik Broszeit and raised 1,665 euros for the Kinderlachen e.V. organisation. BINDER provided a programme for the campaign to determine distance and time.

Athletes love the patented turbine technology of our counter-current systems because they produce a wide, powerful current which mimics that of a river.

Because the system also operates with very low noise levels, and the body is carried by the water, the swimmers can concentrate fully on their technique. The turbine swimming system also makes the bothersome turn at the end of the pool superfluous so that the competitive swimmer can focus fully on improving their stamina and their swimming style. 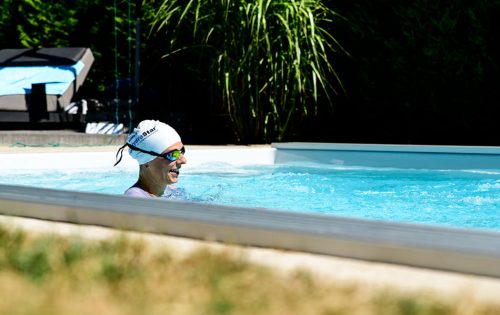 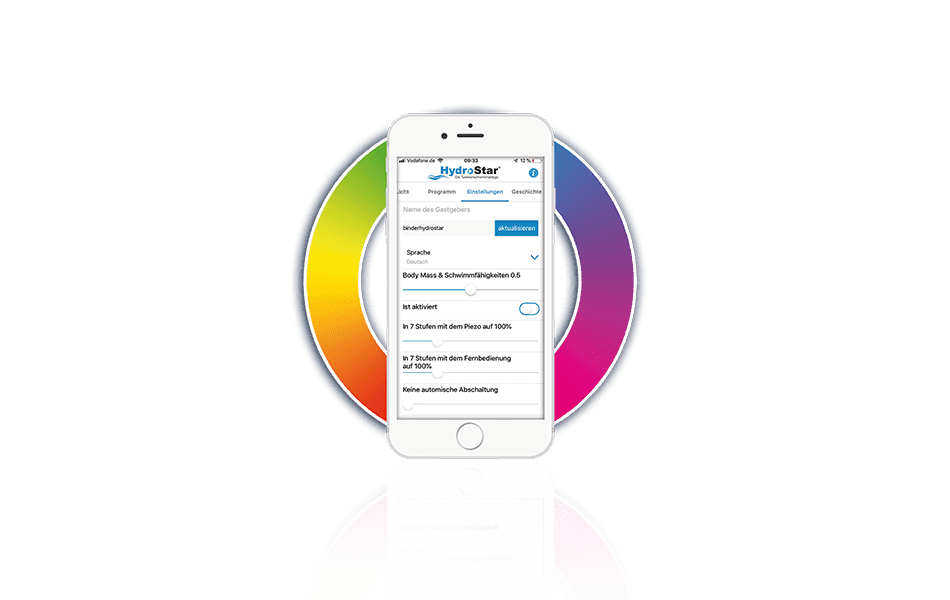 The systems are easy to operate: The current intensity is operated via remote control, Piezo switch or training app. The app also allows an individual training programme to be created, which is an option which triathlete Sabine Lischka likes to use:

“I often have to complete interval training. It is very practical therefore when the sequence of different current strengths can be set in advance and I can simply swim my way through them.”

HydroStar is available in various performance levels with flow rates from 160 to 1,200 m3 per hour. BINDER has developed the retrofit system EasyStar for installing into existing pools and offers the same performance and functions as the HydroStar. Both systems can be installed by a specialist retailer within minimal time and are extremely efficient to run, as they require between 50 and 80 per cent less energy than conventional counter-current systems.

HydroStar and EasyStar have already been awarded numerous renowned prizes such as the Plus X Award, the German Brand Award and the German Design Award.